This will be our last full day in Saratoga, so we try to make it special by going to the Turf Terrace, a restaurant on the top level of the Clubhouse at the finish line. We are usually able to get reservations for a small table for two with wonderful views not only of the finish line but of the whole track, including the pond in the middle of the infield where each morning they float out a canoe painted in the colors of the silks worn by the jockey who last won the Travers Stakes, the most famous race at Saratoga.

We start the day with our last visit for the year to the morning workouts. One last time we will be looking on as trainers time their horses and meet with some of the owners. Several years ago we saw Todd Pletcher and Mike Repole just a row behind us. They won the Breeders Cup Classic back in November with the horse Vino Rosso.

After the workouts, it’s back to Circular Manor for breakfast and getting ready for the Turf Terrace and our last day at the track. We take the elevator to the third floor of the clubhouse, check in and are escorted to our tables. We meet our waiter for the day. Often we see the same server each year.

Our table usually has a betting terminal at the end of the table, so we can place our bets without leaving our seats. The terminal also broadcasts each race so we can see the action on the far turns, but when the horses enter the home stretch we’re watching just over the railing to see who hits the finish line first. 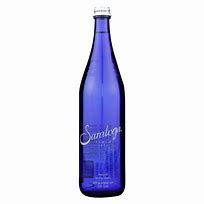 For starters we usually have a bottle of Saratoga water and a basket of Saratoga chips. Saratoga claims to be the home of the first potato chip. Then we get a bottle of champagne to toast our last day at the track. We delay ordering lunch for a while, since we had a late, sumptuous breakfast at Circular Manor.

Wednesday’s card of races often starts with a steeplechase. These are longer races (up to 2.5 miles) and have the horses jumping over as many as eight different hurdles. Some of the horses are former flat racers, but the jockeys are usually a select group, not the ones who run on the rest of the card. Since we so seldom see steeplechase events, it’s hard to bet intelligently on them, but occasionally we have gotten lucky on wild bets.

For lunch we often have a lobster salad and another bottle of champagne. As the afternoon draws to close, we leave the Turf Terrace and take one last tour around the Backyard, stop by any vendor’s tents to pick up a gift that we have been thinking about for the past few days, and then we head to the paddock one last time to see horses getting saddled and trainers giving their jockeys last minute instructions.

Then we head to the Travers Bar for a final cocktail and take it to the finish line. We always watch the last race of our trip from that location next to the winner’s circle. Then we tally up and wins and loses and take our NYRA Cash Cards to a teller to cash it out. Last year I actually with more money than I started with, a rarity.

We walk one last time out of the entrance gates and down the driveway behind the paddock past some of the Backyard picnic tables and listen one last time to Billy Joel’s “New York State of Mind,” which is always the closing song played over the track’s loudspeakers at the end of the race day. It’s a bittersweet walk out of the grounds and back to Circular Manor.

For dinner, since we had a large lunch, we often go to a restaurant on Broadway called The Wine Bar on Broadway. We sample different glasses of wine and usually share three or four appetizers instead of full entrees. Then it’s back to the Circular Manor of one last night cap on the Porch and an early night, since we have to arise early to back and catch our train back to Richmond tomorrow morning.